You are here:
Autism Spectrum Disorder 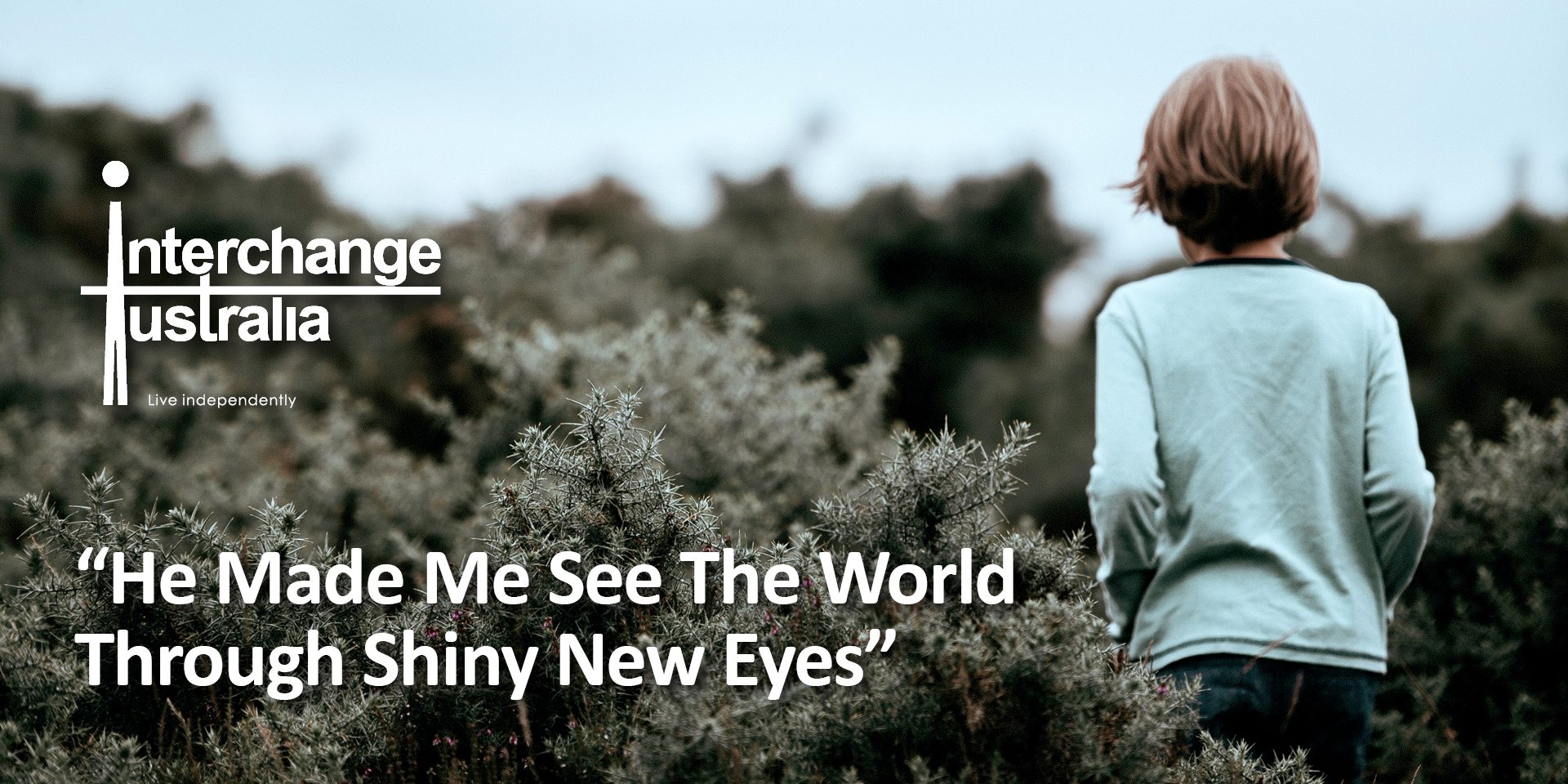 “He made me see the world through shiny new eyes”

The moment my baby boy arrived I knew he was different. My motherly instincts caused the alarm bells to ring, something was out of the ordinary. He was significantly more challenging than my other child.

Right from birth my son could never settle as he was always incredibly anxious and noise sensitive; the sound of cockatoos would send him into a complete meltdown. He found it difficult to latch, he was hungry but just didn’t get it. I wondered if it was me or if he had medical reasons so consulted the lactating nurses at Bowral hospital and found there was no medical reason as to why he couldn’t feed properly. I had to express and bottle feed, there was no other option.

At 6 months of age he started spinning his toys and by 9 months was lining them up in rows, which is beyond normal capabilities for this age. At 12 months he would watch the news or movies so intently that if he saw people hurt, he became inconsolable. At this point, we avoided certain programs to avoid unsettling him. At 18 months he already had over 200 words in his vocabulary, which was quite remarkable.

As he grew, I noticed he had a slow physical response rate to things. Banging his head and putting his teeth through his lip became the norm as he struggled to use his hands to break a fall. His coordination levels were lower than they should have been for his age, which meant he was always falling over and hurting himself.

He was always meeting all of his milestones and exceeding them, so I think for a while there we just thought him to be a little different to other children his age, but never really considered there was a real issue at hand.

We started to worry at around 2 years old, there was a definite issue. By 5 years old we were really pushing for a proper assessment as things became quite bad. He was in a very dark space. He couldn’t express his feelings, he struggled with anything we did and anywhere we went. If things didn’t happen exactly how we told him it would be or we didn’t visit the shops in the exact order I told him we were going, he would have a complete meltdown. There were times I would sit in the front seat of my car crying while he was in the back seat screaming, completely unable to control his emotions.

It got to the point that when we went anywhere we would take two cars in case he had a meltdown so one of us (my husband or I) could take him home where he felt safe.

I started seeking the help of a therapist. There was definitely something wrong, he needed support and we had to do everything we could to understand what was happening. Even though we did not have any diagnosis, we knew it wasn’t going to be something we could fix and that we would have to work at it. But I am his mother, I will do anything for as long as it takes to make sure my little boy is alright!

At 5 he received an initial diagnosis of ASD/ADHD via Bridges for Learning, and by the age of 6 he was self-harming and speaking about suicide. He started to tell me that bloody Mary was visiting him at night when he was trying to sleep. He would hear voices telling him to do things. It is one of the most confronting things you can experience as a parent when you witness your child holding a knife to their chest at just 8 saying “I wish I was dead”. When holidaying overseas, he ran on to the road in front of a moving vehicle in an attempt to kill himself. I was completely heartbroken, he was just a little boy! He also started to deliberately damage our house and car. I could never relax. We had to lock away harmful objects. I was always worried about what he was going to do to himself.

“The right support is the ultimate game changer”

What did I do wrong to make my little boy this way? I was second guessing everything I did as a parent and we were treading on eggshells around him trying not to cause him any further distress.

With therapy alone we still didn’t see a dramatic improvement in his behaviour. At school he was falling behind academically, unable to concentrate and having increasingly regular meltdowns. He was fighting with his peers and developed an unusual habit of licking people. We continued to meet with and speak to many therapists and felt we still did not have all the answers we were looking for.

At 8 he was further diagnosed with ODD and CD when he was hospitalised after we received a gut-wrenching phone call from his regular vacation care advising us that we needed to come get him and take him to the hospital. He had told a girl there he was going to kill her and skin her alive. It was clear that he was having a serious breakdown.

Gad from Brain and Mind clinic medicated him a few months later when I self-referred after watching a documentary called “Kids on Speed”. It was like I was watching my little boy on television. It is imperative to your child’s future to never give up and keep looking for a therapist, the right therapist, no matter how long it takes. The one who best fits you and your child.

It was here that I can mark a definite turning point in my little boy’s life. I was at first sceptical of medicating him. However, after trialling him on and off the medications I noticed that his condition did regress when we stopped them.

We commenced attending the “Brain and Mind Clinic” for sessions. We found a wonderful therapist at Bridges for Learning who he opened up to and has learnt how to openly communicate how he is feeling. We also commenced a wonderful parenting course which is offered to people like myself with children who see the world a little bit different to the rest of us.

An accurate diagnosis, the right therapy, making the right choices and accessing all the help you can for your child makes all the difference.

He now attends a great school at Bowral Public which is very accommodating to his needs, WOOSH before and after-school care along with an amazing vacation care program through Interchange Australia called ASDESI, which caters for children just like him.  We are finally making progress and seeing that these behaviours are all his own unique way of screaming out for help and letting us know that he is not coping.

Our little boy has since made so much improvement now at 11 years old, he is bright, incredibly intelligent, friendly, sociable and quick-witted. He is capable of expressing his feelings and knowing how to calm down when things upset him. It takes time, but with perseverance there is light at the end of the tunnel. It might seem very dark until you get things right, but you will get there.

There is no better advocate for a child than their parent!

The best advice I can give parents is trust in your instinct, make changes whenever you need to; what you do, when you do it and how you do it. Do what works best for you, your child and your family. Find support groups who understand how you feel and what you are going through, people who you can be open and honest without judgement.

Your child on the spectrum is a beautiful, intelligent and capable young person. You just need to understand how to see the world through their eyes.

The right support is the ultimate game changer!

The primary years are a critical phase in a child’s development | The ASDESI program can help your family navigate your way through these challenging times.
20 January 2022

The Therapeutic Benefit of Animals
22 July 2021