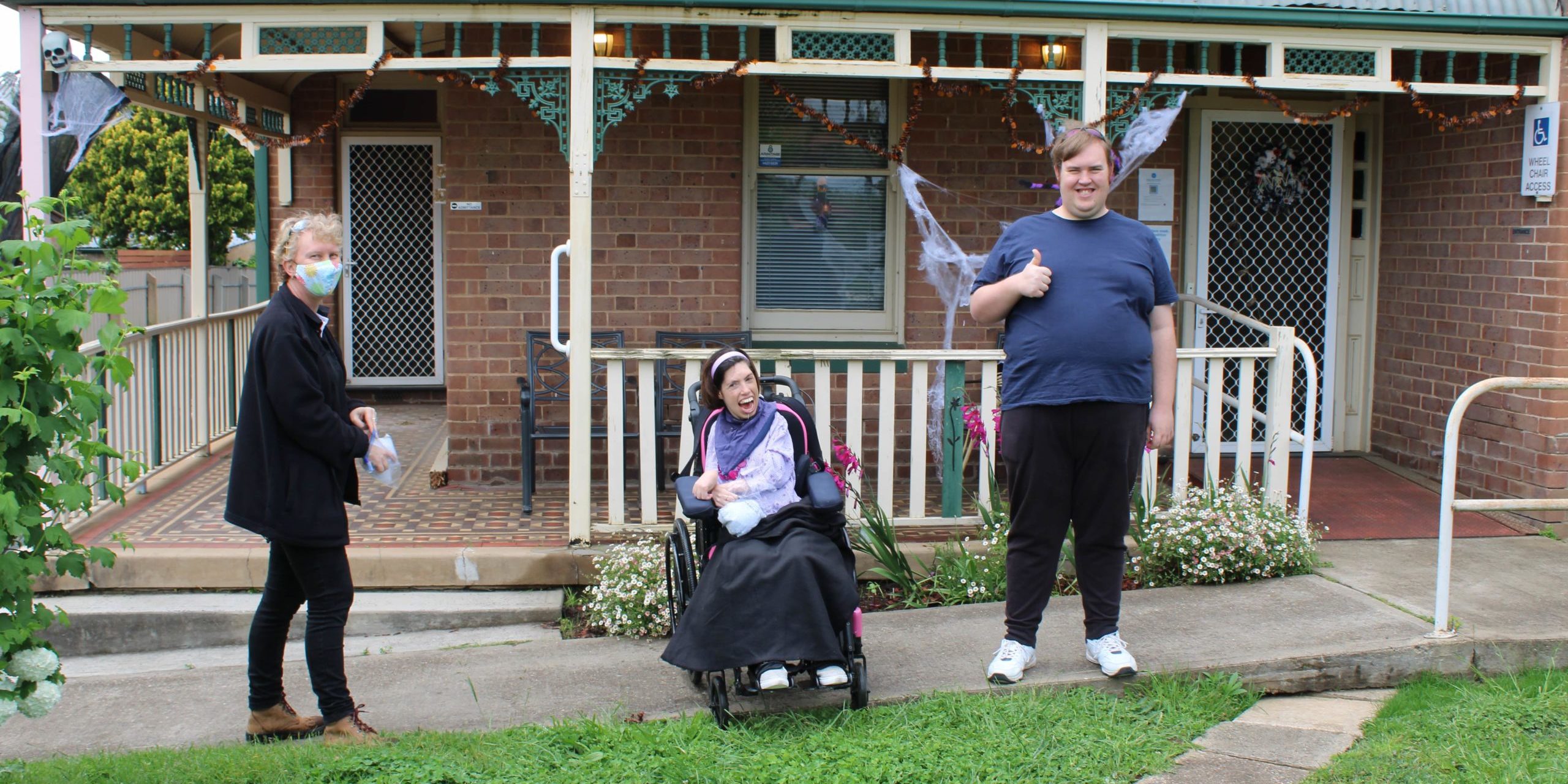 Interchange Australia has been such a supportive organisation

Here at Interchange Australia we have a wide range of staff, both in our office and out in the field performing all the services for our valued clients and participants. We regularly try to shine a spotlight on these amazing staff to show you all just how incredibly hard working they all are.

Today we are introducing you to Silke, who is one of our incredible House Coordinators at Lagoon House in Goulburn.

What I enjoy most about my role at Interchange Australia is the interaction I get with the participants, being able to watch them grow, develop and build new skills on a daily basis all while having fun.

Hello my name is Silke and I am the Interchange Australia Day Programs House Coordinator at Lagoon House in Goulburn.

I was born in Germany and moved to Australia in 1978 with my father, my stepmother and younger sister. We lived in Wollongong NSW where my father worked in Port Kembla in a steelworks company. He then went on to work for various building companies building houses, through these roles he became very skilled in his trade and ended up building us a house in Unanderra. During the early 80’s the construction industry began to collapse and many companies started to go broke, which left companies with no work therefor letting go there workers. As a result of this my family began moving all over NSW to follow the work for my father and during the second half of 1986 my family settled in a small property just outside of Goulburn NSW.

I left school at the end of year 10 and began working at Supertex the following January, and through that job and the friends I made, I met my husband and we have been married for over 30 years now. We have 3 beautiful children together, of which our oldest and our youngest have disabilities. I worked in the Childcare industry for 12 years, completing a Diploma of Childcare in 2007. When our youngest child finished year 12 I had to leave childcare as my son needed someone to be home to support him. I went on to work in flexible support for people with disabilities for 7 years, and ended up leaving this position because I did not agree with the new management and where the company was heading.

I then happened to stumble into my role at Interchange by coincidence and worked in a volunteer role for 5 months before moving into a Support Worker role. I ended up transitioning to Day Programs House Coordinator for Lagoon House in Goulburn in June 2021 and have been in the role ever since. What I enjoy most about my role at Interchange Australia is the interaction I get with the participants, being able to watch them grow, develop and build new skills on a daily basis all while having fun. Interchange Australia has been such a supportive organisation, for both participants and staff alike­.

Would you like to join the team here at Interchange?