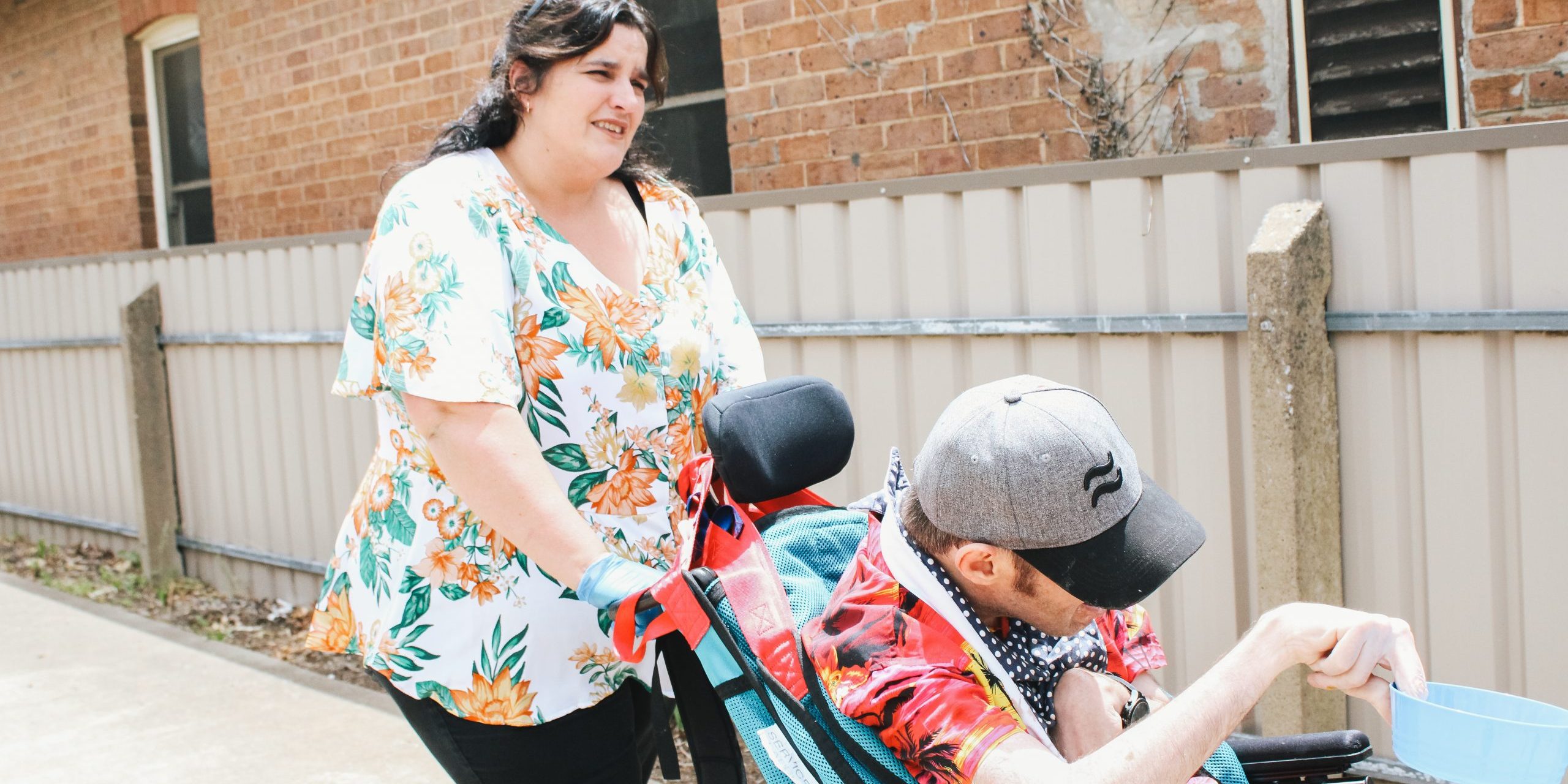 I ended up working in the disability sector through a string of somewhat unbelievable events. When I was 15 my mum went for some routine medical testing, but something went wrong and her legs ended up paralyzed. She didn’t come out of hospital until I was 16 and a half, and from then on I was her carer, even though I was still in high school.

Nearly 10 years later in 2009 we lost everything in a house fire, and I nearly lost my son, who in the chaos of the moment crawled right towards the flames. Things like that really make you really re-evaluate life, and spending your time on what’s actually important. So I decided to stay at home with the kids, had my 3rd child then moved to Goulburn where I had my 4th. When he was 4 months old I fell pregnant with twins, and I ended up working part time at a Chinese restaurant in Goulburn while I was pregnant.

It was there that I met Roger and Sally.

They came in to the restaurant with their house manager, and I absolutely loved them immediately. Roger and Sally are siblings, and both have Cerebral Palsy. I was able to puree their food for them, and loved connecting with them, even though I was just their waitress. Their house manager, seeing how much I enjoyed talking to them suggested that I could go into disability support work, and so I gave her my number and got an interview the very next day. I got to work in the same house as Roger and Sally for the next 4 years, until that organisation eventually closed in Goulburn. That is when I heard that Interchange was starting up their own Day Options program in Goulburn, and I was lucky enough to get the job as house coordinator. Can you guess who our very first clients were?

I have worked with Roger and Sally every day for nearly 5 years. They really brought my passion for caring for people with disabilities to life. It’s always been part of who I am, caring for my Mum and my 6 kids, and now getting to do this as a job is a real joy and privilege.

Meet Paul | A gentleman on all occasions, kind, friendly and quite the character
20 December 2021