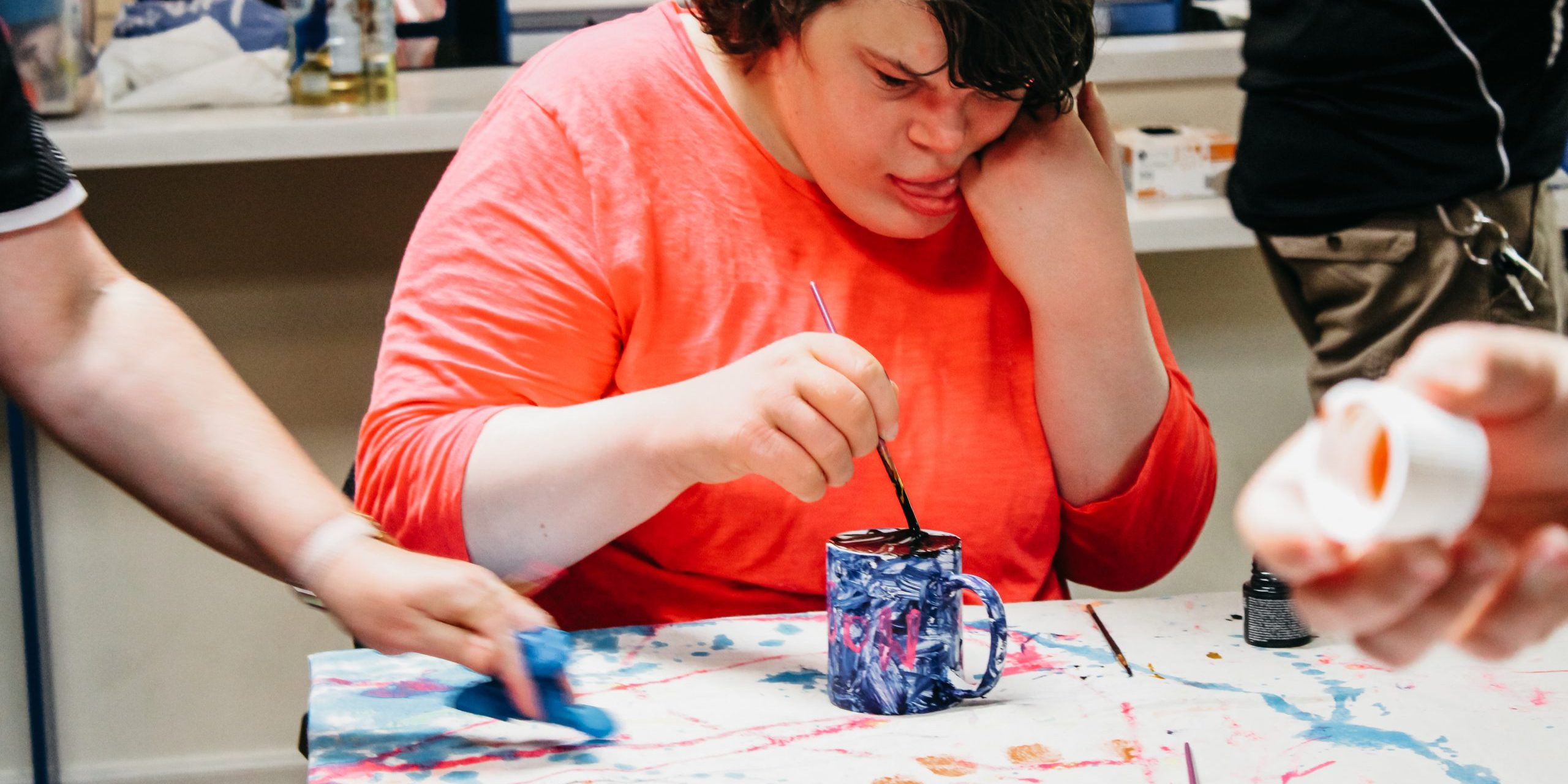 5 years in, and she’s never been happier.

Magenta has been a participant of Interchange Australia’s Day Options Program since 2016, and during that time we’ve loved getting to know her and being able to support her in a range of ways. Magenta is non-verbal, and so in the past it has been difficult for her to communicate what she needs. Over the past few months she has come a really long way since we’ve introduced the use of PECS (picture exchange communication system) Cards. She had previously shown no interest in sign language, but the cards actually allow her to ask for items and communicate what she wants. Part of her social support with Interchange is going to different parks and going on walks, and now with pictures of each of the local parks she can effectively tell us which park she would like to go to. She can also use this tool to communicate to staff and peers to ask for what she would like- whether it’s toys or activities, food or location- it’s  a really big step in her gaining more choice and control over her life.

Magenta does not always naturally gravitate towards participating in group activities, however there have been a number of our programs at Day Options that have particularly peaked her interest, and have had her excited to join in. Music Mania is always a favourite, and she loves being able to play the drums. Her face lights up when she has the drum sticks in her hand, and often smiles and laughs while playing. Music is an important part of life at Day Options, for clients who are verbal and for those who aren’t it is a platorm of expression that crosses the divide of any disability.

Similiarly with our Creative Creations program, Magenta loves to be involved in our art projects. She always comes over without being prompted, excitedly watching the staff as they prepare the activities. She also loves getting involved in our Garden Gurus program and will happily pick fruit from trees or help with the weeding. She has a vibrant personality that loves to be busy, and with the wide variety of activities offered through our Day Options programs and the improvement of her communication through the PECS cards, Magenta is so much happier. She has also become more flexible with her routine, meaning that outings into the community have become possible and she is able to exercise more autonomy.

We love giving our clients opportunities to enjoy activities that are exciting and engaging, and our Day Options Program is a wonderful platform for this. Contact us today on 4868 6688 if you’d like to come join us!

In a world where you can be anything, stay positive and be kind!
12 July 2022