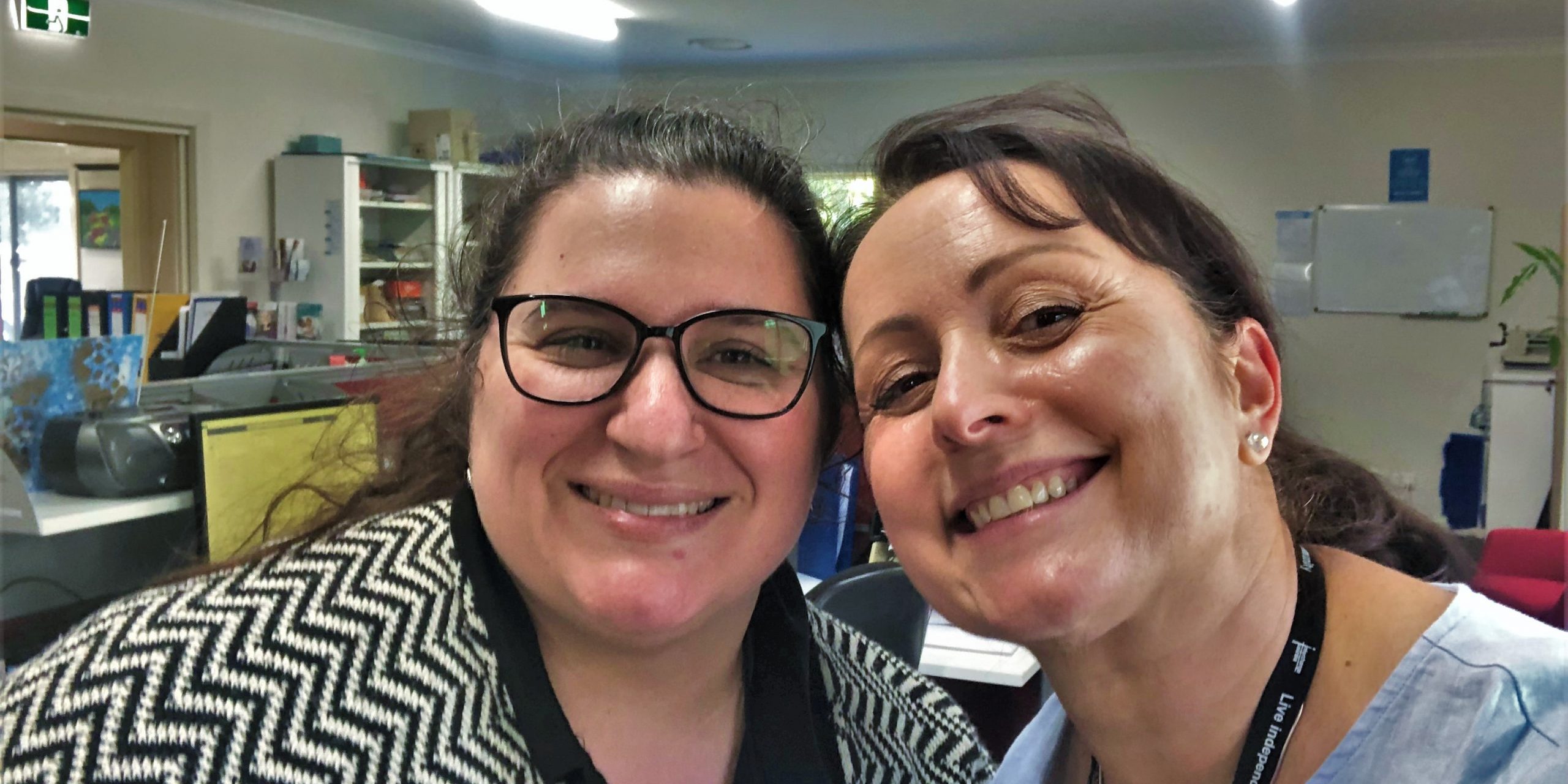 Interchange Australia is my two loves together – Aged Care and Disability support. I love working at Interchange because I get to give back to the community and make a difference in people’s lives, whether it be big or small.

My name is Nectaria and I am an Aged Care Consultant here at Interchange Australia. My role here at Interchange is coordinating services for our Aged Care Services – Commonwealth Home Support Programme and Home Care Packages. Home Care Packages involve Case Management. I bring care and supports to people so that they can remain independent and live at home for as long as possible. This includes personal care, social support, domestic assistance, allied health, nursing and continence aid purchases, just to name a few examples.

The majority of my life before moving to the Southern Highlands was spent in and around restaurants, takeaways, and cafes as my parents had a passion for restoring broken down businesses. My parents migrated to Australia from Greece and met and married here – going on to have my older brother, myself and my younger sister. I moved around a lot as a child due to my parents work, being at a different school each year – so when my sister who is 11 years younger than me approached school age, I advocated for her to have a stable life. We moved to the Southern Highlands from Sydney when I was in year 10 and I then started working full-time at my parent’s new café in Moss Vale – Bernies. After 4 years I ended up buying the business from my parents and ran it for 5 more years, right up until my wedding day – yes, I literally handed over the business in the morning and got married that same afternoon.

I met my husband while serving him chips and gravy at the same café when I was 17 – we became the best of friends. After we married when I was 25, I went to TAFE and finished my schooling. I then enrolled in Bachelor of Arts Community and Environment at Wollongong Uni. We were trying for our first child for two years and I found out I was expecting on my first day of Uni! I continued with it and sat my final exams for the year when my son was two days old. I then continued with Uni until I had my daughter 18 months later, I deferred my course thereafter. When my daughter was 3 months old I ended up buying another business – Blue Lagoon Takeaway in Moss Vale. I sold that business 8 years later as my children got older and got heavily involved in representative sports.

I am currently studying and almost finished a Diploma of Community Services. I am enrolled in and will soon complete a Diploma of Business/Diploma of Leadership and Management. I left my previous role because I wanted to see how other companies in the Industry work, and when I was approached by Interchange Australia’s Operations Manager asking if I wanted a job here I couldn’t turn it down.

Interchange Australia is my two loves together – Aged Care and Disability support. I love working at Interchange because I get to give back to the community and make a difference in people’s lives, whether it be big or small. I like the company culture here and I like how we all have different roles in the office and all get along, this is so important to me. In my previous role I had one client who I was a Support Worker for, doing domestic assistance and then case managed his package over the course of 5 years, and although he eventually passed away I was grateful to have worked with and learnt so much from him. His parting words to me where “I am so happy to have met you.”

We always have wonderful positions available here at Interchange Australia.

In a world where you can be anything, stay positive and be kind!
12 July 2022